A respected survey of British adults has discovered that for the first time those calling themselves non-religious are in a majority. PCN chair, Adrian Alker, makes a plea for Christians to take an honest look at their faith and to engage with atheist opinion. 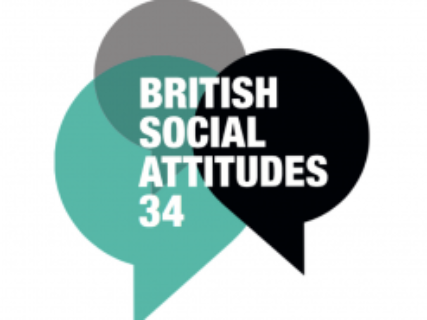 The latest British Social Attitudes survey (BSA) reports that the percentage of people who describe themselves as ‘not religious’ is at its highest since the survey began. In 2016, 53% of respondents said that they did not belong to any particular religion. Back in 1983 that figure was 31%.

For the established Church of England the percentage of people who associate themselves with the C of E has fallen in that time from 40% to 15% at present.

None of this is surprising and is in line with other data and other surveys. Two Church of England bishops, of Liverpool and Chelmsford, responded, says the Church Times (8 September 2017) ‘with equanimity’. “Saying ‘no religion’ is not the same as a considered atheism” declared Paul Bayes, Bishop of Liverpool. “People’s minds and hearts remain open” he went on to say. “In this modern world, people are more willing to be honest and say they have no religion rather than casually saying they are ‘C of E’. This honesty is welcome.”

Stephen Cottrell, Bishop of Chelmsford, acknowledged that the statistics were ‘troubling’ for the institution of the Church but then went on to declare that “the Church is not an institution but a community of men and women whose lives are centred on Christ….and we care about that vision of justice and peace for all that is given us in Christ…”

I was struck by the assertion of Bishop Bayes that people are more ‘honest’ in saying where they stand in relationship to religion. When Bishop John Robinson used the word ‘honest’ in his 1963 book, Honest to God, he certainly stirred up the whole establishment and institution! Why? Because he dared the church to rethink in all honesty what it was saying about God, about Jesus, about the very language it uses. And yet I see no honesty from the Church of England’s bench of bishops in response to the BSA survey, no honesty about the very real challenges to do with critical scholarship, about how we read the bible, about many of the doctrinal claims and dogma which have not come down from on high as infallible truth. Instead we get this assertion from Bishop Bayes : ‘We seek to show that knowing Jesus makes a difference personally and makes a difference for society.” So that’s ok then?

Do bishops really understand what a ‘considered atheism’ really means and how people might arrive at such a position? Does my denomination have the honesty to face up to why so many younger people (56% of 18- 24 year olds) are ticking the box ‘no religion'? Might it just be that they can no longer believe and accept so many of the propositions of orthodox Christianity? What does ‘knowing Jesus’ actually mean? Is it not at least honest and more brave to explore that thin line, that boundary between faith and no faith, between religion and atheism?

This is exactly what the contributors to a recently published book, Religion and Atheism : Beyond the Divide, seek to do. The idea of a collection of contributions from faith-belonging and atheist-affirming writers and academics came from Brian Pearce, who has written the Foreword to the book. Brian was the first Director of the Inter Faith Network for the UK. He is known to many in PCN and is himself a PCN member. The book is co-edited by Anthony Carroll, an Anglican priest and Senior Lecturer in Philosophy and Theology at Heythrop College and Richard Norman, Emeritus Professor of Moral Philosophy at the University of Kent and Patron of the British Humanist Association. Hence an attempt through the many contributions in the book to move ‘beyond the divide’. Apart from commending the book, there is an opportunity to hear the editors and others speak at a launch presentation event in Sheffield on Tuesday 10 October at 7.30 pm in Sheffield Cathedral. This is a free event and PCN members who live within travelling distance of Sheffield might like to attend. Further information is to be found on our events page.

Perhaps in the future PCN might sponsor such an evening, seeking to look positively beyond the divide between religion and atheism? We might even invite a bishop or two!