Would someone like Fr Henri Nouwen now be disinclined to enter the seminary? asks Michael W. Higgins in this week's Tablet 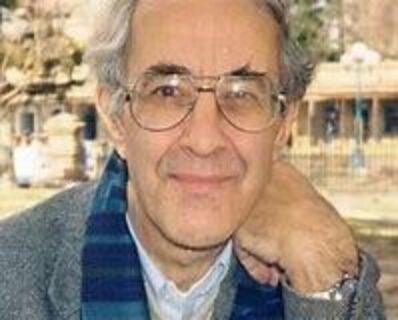 Pope Francis set out to usher in a new era of openness, but some of his recent remarks suggest he isn’t going far enough – his thinking still seems fettered to the old ways

Papa Bergoglio continues to surprise. But the “Pope of Surprises” might want to grant a few less interviews; they expose him in ways that heighten his vulnerability – in this his critics rejoice – and inspire his admirers: such uncalculated openness is rare in high clerical circles after all. But when the result is befuddlement, no one wins.

The publication by the Claretians of a book-length interview with Francis conducted by the order’s director, Fr Fernando Prado, in his native Spanish and dealing among other things with the Pope’s reflections on the priesthood and homosexuality, has generated a torrent of responses. Francis abominates the compromised ministry of those who live double lives, upholds the discipline of mandatory celibacy, and states that those with an “ingrained tendency” toward homoerotic affection “should not be accepted into the ministry or consecrated life”.

Of course, those who treat their commitment to a celibate and chaste life in a cavalier manner, whether straight or gay, should be held to account. But this universal pastor who stunned the Catholic world when he said “Who am I to judge?” appears to do precisely that, judge. Hence, the befuddlement.

Were his strictures to be implemented someone like the influential spiritual writer Henri J.M.Nouwen would almost certainly be disinclined to enter the seminary – or perhaps forbidden from doing so if he was open about his sexuality. What an impoverishment that would be not only for Catholics, but for countless others as well.

Nouwen was a gay priest who respected his vows, struggled with his sexuality in a searingly honest way, understood the anguish that accompanies loneliness, eschewed any ideological or advocacy role because he saw himself as a servant of Jesus and the Gospels with no pastoral agenda other than affirming the “belovedness” of all, and served as a listening post for thousands of people, irrespective of their gender or sexual orientation, on matters of the heart.

Like Thomas Merton, the contemplative poet Francis celebrated in his address to the Joint Houses of Congress during his visit to the United States in 2015, Nouwen exercised a vital moral and prophetic role, fighting for an alignment of social activism with prayerful solitude, prioritising justice over canonical rigidity, seeking the spiritually-centered life of interior freedom over the scattered life of consumerist and utilitarian enslavement. He was a man of the Eucharist, a confessor of uncommon attentiveness, and a priest who internalised the call to non-judgment and mercy – the very qualities Francis underscores as the essence of priestly ministry.

And, yet, if he were to present himself tomorrow as a candidate for the priesthood or religious life it is likely that he would be discouraged, his presence in the seminary feared as a moral contagion. This desperately sad state of affairs undercuts Bergoglio’s call for the presbyterate to be shorn of its isolating and destructive clericalism and its culture of careerism and entitlement.

How does one begin to change the process of educating future priests if at the same time you establish a hostile environment toward gay men? How do you usher in a new era of openness in formation when you stymie honesty, reduce intimacy to genital activity, and foster an atmosphere of guarded affection and sexual repression?

When Nouwen was a seminarian in the Netherlands in the 1950s he was a zealous one, happy with his confrères, surprised by the narrowness of the curriculum but by no means a dissenter. He accepted the conventions in place for his formation and, as his ordination and First Mass photographs reveal, took palpable delight in his priesthood, the realisation of a boyhood dream. He never questioned the rightness of his choice. His calling defined him. But that calling underwent many permutations over the years as he matured in his ministry, and he lamented in retrospect the absence in his seminary years of being taught how to pray and how to be intimate.

At a time when the Church is wracked by revelations of clerical molestation, sexual impropriety, rape and abuse, the calls to “clean up the mess” are gaining loud traction. Benedict XVI wanted to scour the filth but seemed incapable in the end of handling the curial apparatus and attendant challenges, in spite of having been a curial official for a quarter of a century. He did some things, the public sanctioning of the disgraced founder of the Legion of Christ principal among them, but scandal after scandal – as many venal as venereal – wore him down.

Enter: Jorge Mario Bergoglio. This prelate, unfamiliar with the ways of the Tiber, but recognised by the papal electors as an effective leader in the South American Church, took over with a mandate from his fellow cardinals to reform the Curia. But Francis had no intention of limiting reform of the Church to reform of the Vatican bureaucracy. Hence, growing episcopal discomfiture.

francis knows that to effect genuine reform of the Church, to address the curse of clericalism, he must move beyond berating hierarchs for their spiritual hypocrisy and admonishing priests to be humble and not lord it over their parishioners. He senses that the way the institution moulds its candidates must be fundamentally changed, but every indication so far, either in his decrees or in his homilies and interviews, suggest that his thinking remains fettered to the old ways, tinkering with the system rather than starting afresh with that freedom of the spirit he regularly celebrates.

John Cornwell, the papal biographer and Catholic commentator, in a provocative recent piece in Vanity Fair differentiates the Francis approach to ministry from the Benedict approach. The latter sees in the life and spirituality of French rural parson Jean-Maire Vianney, the Curé d’Ars, an exemplar for the priestly life, while the former is drawn to the radical simplicity of Il Poverello – and the Pope’s namesake, to add spice to the recipe, was not a priest.

Cornwell contrasts Vianney, who “scourged himself at night until blood ran down the walls. He slept with a rock for a pillow and lived on cold boiled potatoes”, with Francis of Assisi, “with his insistence on caring for the poor and living in harmony with all living creatures”. Both of the saints exhibit an exemplary humility and both lived a spiritual life of austerity that might strike right-thinking people of today as excessive, but the tenderness of Francis offers a more appealing approach to ministry than the Curé’s self-flagellating rigour.

But this kindness seems strangely held in reserve when it comes to the matter of sexual orientation – which in the Vatican’s ongoing war with gender theory is itself a disputed category – and religious and ministerial life. No matter how it is nuanced, Francis’ words make ministry and consecrated life a cold place for homosexuals. If the ranks of the clergy – diocesan in particular – are to be spiritually recalibrated for a new time, if it is recognised that the process of formation is arcane, the writings and priestly life of Nouwen provide inspiration and genuinely fresh theological thinking.

Even a glimpse at his outpouring of spiritual handbooks or his thousands of letters to people seeking his spiritual and psychological counsel, or at the lasting impact he made on those – and they are in the hundreds of thousands – who have read him in translation, attended a retreat or workshop he directed, or were among his scores of devoted students at Notre Dame, Yale, Harvard, Boston College and Regis College, or the members of the L’Arche communities he lived and worked beside, will all attest to the fact that Nouwen was the quintessential priest. Presiding at the Eucharist, being Eucharist, was at the heart of his ministry.

If Francis wants to purge the Church of the clericalism and careerism he excoriates, then embracing the gifts of all who respond to their vocation with mature discernment is critical. The rich hospitality mixed with mercy that is the pastoral signature of the Argentine Pope should also be at the heart of the revitalisation of the clergy. The Church cannot afford to lose a future Nouwen to the priesthood because of an unimaginative anthropology or a misguided perception of sexual maturity.

Michael W. Higgins, Distinguished Professor of Catholic Thought, Sacred Heart University, Fairfield, Connecticut, is a biographer of Thomas Merton and Jean Vanier and co-author with Kevin Burns of the forthcoming Impressively Free: Henri Nouwen as a Model for a Reformed Priesthood.