From Certainity to Mystery

Michael Saunders, neurologist and priest, writes about the journey of faith 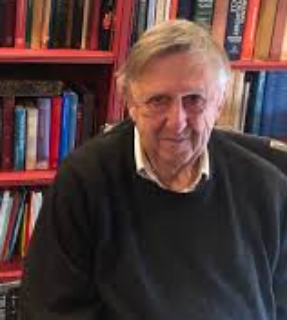 I have just read “From Certainty to Mystery” by Michael Saunders. Michael is a retired consultant neurologist, an Anglican priest, and someone who has muscular dystrophy . In his book he provides very personal reflections on his relationship to matters of faith developed throughout his personal and professional life. Born and raised in a fundamentalist conservative evangelical household he reflects on the intellectual and professional challenges which led him to question and change. I found echoes of “Leaving Alexandria” by Richard Holloway in the sensitive and personal description of the journey of life.

In the book Michael raises the questions many of us raise: Does God work without science? Will disease cure itself if we pray hard enough? Or must we help ourselves? Michael Saunders, Neurologist, Ethical Philosopher and Priest says he is a religious pluralist. "I consider that all religions are created by humans in an attempt to explain the great questions of life and that this should be more openly acknowledged by the Church hierarchy. It is perfectly possible to be a ‘seeker’ within one’s own cultural and religious tradition while acknowledging the equal value of the other great religions of the world. True spirituality is about ‘transformation’ of the way we try to live out our lives and this is common to all undistorted religious traditions."

Michael Saunders has spent many years in roles of priest and neurologist simultaneously working predominantly in North East England and North Yorkshire. Michael qualified in Medicine at Charing Cross Medical School in 1962 and has worked as a neurologist in Newcastle-upon-Tyne, Middlesbrough, Northallerton and India.

He has recently retired from being lead Governor of the Newcastle-upon-Tyne NHS Hospitals Foundation Trust.

He is married to a consultant psychiatrist and has four adult children.

"From Certainty to Mystery" by Michael Saunders