Benedictine Sr Joan Chittister asks why this papacy has stalled: It is a warning to a papacy that came full of hope and is deeply respected for it. As the Talmud says, "Those who risk nothing, risk much more." 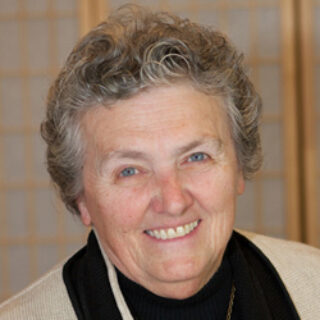 Ever since my sabbatical with the Benedictines of Erie twelve years ago I have watched this radical community - and especially the former prioress Joan Chittister as she fights for reform. The years have not faded her vigour. She writes:

"The question is why this papacy appears to have stalled. Whether situations like this stem from Francis' own lack of commitment to them or as a result of the interminable resistance of the Curia to papal leadership is anybody's guess. But they do mark this papacy. They make for long-term distrust.

From where I stand, this papacy has made thinking possible again. It has embraced the idea that change is part of the process of living. But it has not given some major issues significant direction. In cases like this, the promise of action and the absence of results, as the French say, "flatter only to deceive." They give false hope. As a result, in the end, the absence of action is even more disappointing than it would have been if hollow promises had never been made. St. Paul warned the church about this kind of unclear leadership centuries ago. He writes in 1 Corinthians 14:8, "If the bugle gives an indistinct sound, who will get ready for battle?"

It is a warning to a papacy that came full of hope and is deeply respected for it. As the Talmud says, "Those who risk nothing, risk much more."