Pointers from a study of university students identifying as Christians 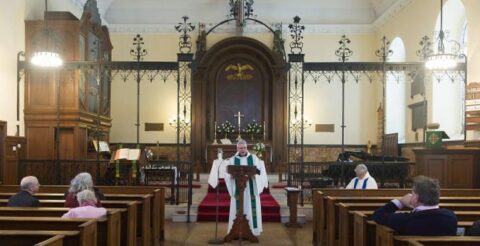 Challenging ‘Belief’ and the Evangelical Bias: Student Christianity in English Universities by Mathew Guest, Sonya Sharma, Kristin Aune and Rob Warner provides interesting food for thought for any who think liberal Christianity has no future and that the answer lies in firm Evangelicalism. The study shows a significant number of students who self identify as Christians but whose faith is expressed in fluid terms. One reviewer thought the study to show Christian traditions transforming into "wells" rathe than "fenced off" enclosures.

Such a view seems to me a serious challenge to a current train of thought in the CofE which sees the future in fenced off enclosures of Christians committed to a particular theological rationale. Certainly of the Christian students in the study only a small minority identified with the usual Christian Union line and that should be a warning against the too easy move to a one size fits all approach.

“When many think of religion on university campuses two things come to mind: an intense faith affirmed by evangelical Christians and some Muslims, and an equally intense atheism, expressed by young sceptics as a protest against religion.

“Moderate or liberal Christianity rarely enters the conversation, assumed to be a long spent force favoured by older generations. “And yet our research found that this description reflects the values of the majority of students who identify Christianity as their religion of choice. In fact, liberal Christians outnumber evangelicals tenfold.

“With the vast majority of Christian students affirming a moderate expression of values in keeping with wider British culture, the Church faces a difficult decision about whether to adapt to changing times or risk permanently alienating an entire generation.

“Moreover, as educated, upwardly mobile individuals, the Church risks alienating an important demographic group – the future leaders of society who could be major standard bearers for Christian tradition.

“The challenge for the Church will be finding a way of engaging the interests and enthusiasms of this generation.”