What is wrong? Why is it that what goes on inside a church no longer inspires the general awe and reverence it did only a century ago? 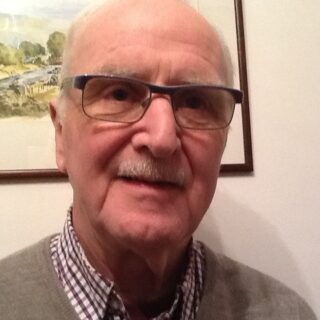 The Church Does Not Inspire

In Britain, for many people Christianity has become a one-hour-a-week church activity, or even less.

What is wrong? Why is it that what goes on inside a church no longer inspires the general awe and reverence it did only a century ago? In the March edition of Progressive Voices, Edward Hulme had one answer. He suggested that Communion has now become a barrier to spiritual growth, to Christian Faith, and to God. He further suggests that the sacrament and the associated church services were never vital to discipleship. And I think this subject is worthy of further development.

First, there is a strong case that the Eucharist has been developed into forms that are radically different to how Jesus might have imagined events at the “Last Supper” would be interpreted.

It is most unlikely that Jesus would ever have envisaged Christianity as a world-wide religion separate from Judaism. Nor would he have imagined the ritual of Mass as it was later developed by the Roman Church: after the time of the Emperor Constantine and during the period when Christianity changed from being a persecuted sect, worshipping in the houses of Christians, to being a state sponsored, powerful religious institution, wealthy enough to build cathedrals and churches as ‘houses’ of God.

The cathedrals were designed to overawe princes and peasants alike. Cathedrals and churches were often painted, inside and out, with pictures that told biblical stories or were adorned with images of saints, who could be called upon for help. Chants were sung and Latin words were intoned by elaborately robed priests, who performed a variety of complex rituals. People were taught that priests were empowered to use magic words and symbols, and forgive or condemn any person, or even change bread and wine into the body and blood of Christ. This was serious, as most people were very superstitious and fearful of God, Satan, demons, evil spirits and ghosts.

Critically, peasants were taught to worship God with the same reverence that was expected when they knelt to acknowledge their immediate lord or king. And of course, God’s house was often built as the ‘last word’ in technical construction: quite unlike the hovels that peasants were expected to live in!

The above phase did not effectively end until the late Victorian era, or later: witness how Gothic-style church buildings and colourful church pageants remained very popular till after the beginning of the twentieth century.

We should bear in mind that, for most people on Sunday, there was often nowhere else for them to go than to church, except to the alehouse, or for a walk in the country.

In 2019, so much has changed. Now, everything about churches is totally foreign to most children born in Britain in the last fifty years. And more recently, the situation has got even worse.

Church design, church ritual, even the idea of ‘God’, provides little inspiration to young people who have been educated with the computer, the tablet, the mobile phone, and subject to the continuous influences of mass and social media. So, Edward Hulme is right. Communion is now a barrier, rather than a bridge to Faith.

Church leaders should be asking questions: What should Christianity be about in the twenty-first century? Does God want or need continuous praise and worship? Do we need churches? And if so: How many? Where does this leave us with the subject of the ‘Eucharist’?

The Eucharist and the Last Supper

At the “Last Supper”, Jesus asked his followers to remember him in the future, when they met for a common meal (in other words, when they would be having a “good time”). Jesus wanted his disciples to remember his death within the context of what he had taught them. He wanted them to celebrate his life (much as we do at modern funeral services, when we celebrate the life of a loved-one or a friend). And Jesus did not say that only certain people should be permitted to toast his memory, or that they needed to make a ritual of the process!

The sharing bread and wine was embedded in the life of the first Christians, as they met for three centuries in “house groups”, before Emperor Constantine gave the Christian Church freedom from state persecution. Why can we not go back to basics and re-think the whole concept of the Eucharist?

Of concern to me is the issue of what sort of Christianity we need in the twenty-first century.

I believe that we were given answers in the last edition of Progressive Voices, by Anastasia Somerville-Wong and John Churcher. I endorse Anastasia’s “Twelve Vows for Life” and John Churcher’s “seven ways” of being a Christian. Anastasia’s “Vows” are all about “doing” (rather offering unnecessary praise and worship). John’s list similarly identifies action as the hallmark of effective Christianity: caring for the poor, feeding the hungry, giving drink to the thirsty, welcoming the stranger, giving shelter and clothing to the needy, and taking care of the sick.

The objective should be to reinvigorate Christianity by moving away from ancient rituals in churches (yet encouraging singing), to setting-up more house groups, promoting more informal bible study (and discussion), and (maybe) having less-formal Eucharist sessions. I recognise that charismatic Christianity will continue to be popular with people who like the charismatic approach. I have no problem here as, at the end of the day, we all need to respect many sincerely held religious views.

But, perhaps, we all also need to recognise that the Church’s original take on the ‘Eucharist’ may have become meaningless from the first moment that Charles Darwin explained his theory of “Natural Selection”. Human selfishness (Original Sin) is a consequence of a million-year struggle to survive by Homo Sapiens. And it follows that the biblical story of Adam and Eve is pure myth. So, is “Redemption” a redundant concept?