Dining with diplomats, praying with gunmen.

What next for Quaker conciliation work? 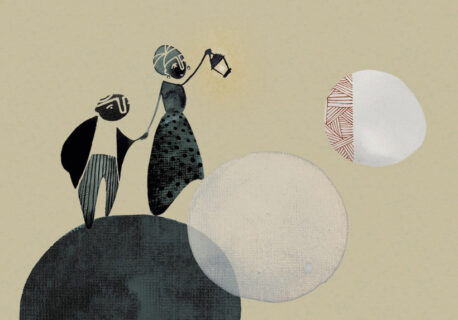 Quakers have been working to reconcile opposed groups in conflict-ridden areas for decades, but the confidential nature of the work means that it is rarely talked about. Oliver Robertson writing in "Quake" reflects on the work so far, and where it may be going next. When should you intervene to try to bring peace to a situation of lethal violence? How do you speak to people who want to kill each other, and might want to kill you because you're listening to their enemies too? And how long after the shooting stops should you continue working and walking alongside people, helping to embed peace? These were just some of the issues raised over four days last September, at an intergenerational exchange on Quaker conciliation work at Woodbrooke, Birmingham. Insights from this event have now been collected together for a new book, Dining with diplomats, praying with gunmen. It focuses on sharing experiences of international conciliation for a new generation of peacemakers and is being launched on 12 March at a free event hosted by the Quaker Centre Bookshop in London (if you can't make it on the day, it will also be livestreamed on Facebook from 6:30pm). Quakers have been involved in conciliation and mediation efforts in conflict for decades, but the confidential nature of the work means that it is rarely talked about. Quakers were involved in helping to mediate in the Biafran war in Nigeria in the 1960s, and providing spaces where all sides could meet during the Troubles in Northern Ireland, as well as some lesser-known conflicts. Conciliation work continues today, with skilled Quaker volunteers assisting, by invitation, to build trust among different parties. However, when Quakers were asked a few years ago to help support local peacebuilders in another conflict, the group that was asked didn't have the capacity to say yes. The Woodbrooke event, enabled through legacies from Quakers, was in part an effort to see if a new wave of Quakers would be keen to do conciliation work, so it could continue in the future. It was also a chance to take stock of how we should do this work in the future and to explore whether there are other ways of empowering communities to create peace and justice for themselves. The answer to both questions was 'yes'.