Has the Church merely to gather up those whom the wheel has crushed or has she to prevent the wheel from crushing them?” 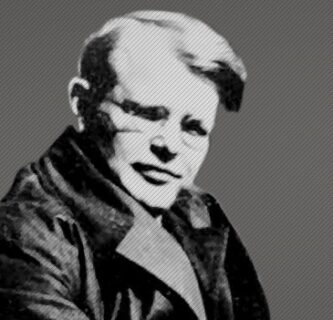 In the chapter entitled “’Personal’ and ‘Real’ Ethos” Bonhoeffer debates another German Christian ethicist named Otto Dilschneider who, in Die evangelische Tat (1940) argued that “Protestant ethics is concerned with man’s personality alone.” (316) In contrast and contradiction Bonhoeffer responded with several rhetorical questions put to Dilschneider and those who agreed with him. (Nobody knows the exact date of this essay by Bonhoeffer but it had to be between 1940 and 1944.) Here is Bonhoeffer’s response: “The question here is whether within the field of Christian ethics any assertions may be made with regard to worldly institutions and conditions, e.g., the state, economics or science, i.e., whether Christian ethics has an interest in worldly institutions and conditions or whether these things fall within ‘the zone of the demands of ethical imperatives.’ In other words, is it the Church’s sole task to practice love and charity within the given worldly institutions, i.e., to inspire these institutions so far as possible with a new outlook, to mitigate hardships, to care for the victims of these institutions, and to establish a new order of her own within the congregation? Or is the Church charged with a mission towards the given worldly orders themselves, a mission of correction, improvement, etc., a mission to work towards a new worldly order? Has the Church merely to gather up those whom the wheel has crushed or has she to prevent the wheel from crushing them?” (316-317) (Italics added.) read full Pathos article at www.patheos.com/blogs/rogereolson/2019/08/dietrich-bonhoeffer-a-spoke-in-hitlers-wheel/