It was the American rocker Larry Norman who, in 1972, asked the question that many others had been afraid to voice. 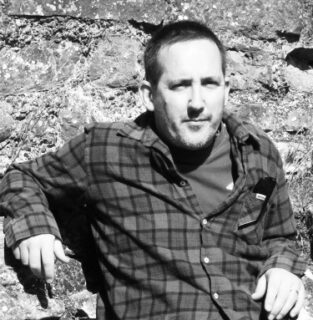 It was the American rocker Larry Norman who, in 1972, asked the question that many others had been afraid to voice.

On what was perhaps the most influential album of his career “Only Visiting this Planet” he posed the question of a thousand flowerchildren who were finding their way in to the new Jesus movement: “Why should the Devil have all the good music?”

As far as many of his contemporaries were concerned, Norman may as well have been the Devil. His long hair and rock and roll stylings meant that they had his number, and it looked remarkably like 666.

To be even handed, it was at least a time when some rock musicians deliberately played up their diabolical stylings. Led Zeppelin’s Jimmy Page had deliberately appropriated an occult sensibility, using Satanism to sell records. If he did in fact sell his soul to the Devil, then perhaps his current feud with his neighbour the ‘Angels’ singer Robbie Williams is Page’s own private hell.

But while we were all more credulous in the years surrounding the summer of love, surely in these enlightened times we pay less attention to talk of Satan and his demons. While on the one hand, the Devil is perhaps the most clearly mythological figures in the Christian tradition, still a surprisingly large number of people cling resolutely to a belief in a single identifiable entity – whose name happens to be Satan.

A fear that the very thing the malign agent we call the Devil wants is that we don’t believe in him, prevents our disbelief, adiabolically clever ruse – or is it just another example of the Devil’s famous pride? Always his downfall.

The thing is, of course, that the Devil of popular imagination is a long way from the Satan, or rather Satans of Biblical accounts. The Old Testament (Hebrew) Satan is an agent of Yahweh. A prosecuting counsel, an angelic being with the job of giving people like poor beleaguered Job a hard time. But as traditions began to synthesise Satan turned into a different character all together.

The Lenten fast comes from the story of Jesus in the wilderness, where after forty days without food he is tempted by none other than the old adversary. But of course Jesus’ temptations are the same that we all face, the temptation to abuse resources, power, and relationships – as well as the temptation to get out of the wilderness to somewhere with more food and less temptation. In other words, they are about what it means to be human.

I’m choosing to spend the forty days of Lent reflecting on the Devil, and you can join me if you like. Subscribe to my free daily meditations any time, but do it before Wednesday 6th of March if you want to get the full ‘Sympathy for the Devil?’ series.