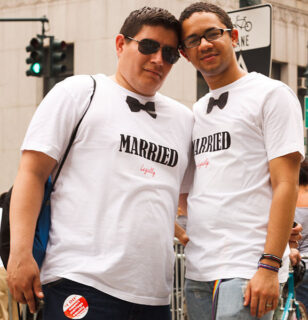 Church trials are not uncommon in The United Methodist Church. I once served on a jury of a church trial. In many instances, clergypersons are charged with some kind of moral lapse: adultery, dishonesty and the like. But the news accounts today are highlighting a growing trend of clergy trials where the defendant has made a decision to preside at a same-sex union, something prohibited by our Book of Discipline.

Even among the ranks of the episcopacy, Bishop Melvin Talbert presided at such a service in Alabama. And the Council of Bishops, in a formal statement, are recommending he be brought up on charges in order to maintain the standards of our church’s polity. The bishops write, “We respectfully request that Bishop Wenner, President of the Council of Bishops, and Bishop Wallace-Padgett, Resident Bishop of the North Alabama Conference, address the action of Bishop Talbert and file a complaint under the provisions of Paragraph 413 for undermining the ministry of a colleague (Para. 2702.1f) and conducting a ceremony to celebrate the marriage of a same gender couple (Para. 2702.1b) within the bounds of the North Alabama Conference.”

The request from our bishops comes from a conviction of the call to give appropriate oversight to the church. As the bishops say, “The purpose of the Council of Bishops is to lead the church in its mission of making disciples of Jesus Christ for the transformation of the world. To that end, bishops are also required to ‘uphold the discipline and order of the Church…and to share with other bishops in the oversight of the whole church.’ (Para 403.1.f) When there are violations of the Book of Discipline, a response is required.”

And yet, the situation may not be quite as clear as their announcement suggests. The implication of the statement is that since we have rules, and bishops are charged with upholding these rules (as are all elders), it is appropriate and right that the rules be enforced so as to keep us aligned with our mission of making disciples of Jesus Christ for the transformation of the world.

Consider, however, the very foundations of the Methodist community as a reluctant reform movement within the Church of England. John Wesley sought to abide by canon law within his ecclesial tradition as he formed a people called Methodist. Our history reminds us, however, that he finally reached a breaking point when he saw the need for ordained clergy in the American colonies. His sense of pastoral response and duty led him to choose between the law of the church and the mission of forming disciples. So writes Methodist scholar Ted Campbell: “John Wesley tried…to secure ordained clergy through normal processes of the Church of England, but he was not satisfied… Having his own theological justification, he proceeded in early September of 1784 to ordain clergy for North America… Since he was not himself a bishop, his ordinations violated the canons of his own Church…”

Wesley’s violation of the order of his church did not come easy. He wrangled over his sense of obedience to the Church of England and his understanding of his call from God. His sense of mission, dare we say to make disciples of Jesus and transform the world, was what drove him ultimately to veer beyond the accepted polity. We are, therefore, a church born out of dissent. And that practice has continued in our history.

Leaving was not the only option, however, as others remained and pushed against the restrictions of polity, restrictions that ultimately squelched the church’s ability to remain aligned with its mission when it came to women. Because of the resistance to the polity and, with the help of the Spirit, the inclusion of women began.

Like so many things in life, the issue of obedience to the Book of Discipline is not always as clear as the bishops’ statement suggests. In matters of race, women’s rights and other issues, we have a history of the church being transformed by the shifting culture toward inclusion. Indeed, the church has been impacted positively when her leaders have stood against those positions that failed to recognize the equality and blessedness of all.

And so here we are, a people who proclaim that in Jesus the world is transformed. But when it comes to recognizing the sacred worth of persons in the LGBT community, we are seeing transformation take place outside of the church. Over the years perhaps we will catch up with the culture in realizing fully the sacred worth of sisters and brothers who are LGBT, but what are we to do in the meantime?

The United Methodist Church was in the news Thanksgiving week as the story of Rev. Frank Schaefer was convicted in a church trial of violating our Book of Discipline. He presided at the wedding of his son, a homosexual person of sacred worth, who was married several years ago. The son asked his father to preside at the service, and Schaefer agreed to do so. And once again, The United Methodist Church has become known as a church that punishes clergy for presiding at their children’s same-sex unions.

All of this press coverage has raised questions in my own soul as I’ve considered what my response will be when someone I love asks me to preside at their marriage. Actually, it’s caused me to reflect on the people at the church I now serve. We are blessed with a strong and vibrant youth and college ministry. I’ve gotten to know these young people during my years of service. What will my response be when one of them comes to me and asks, “Will you preside at our wedding?” When one of my members asks, what will I say to her?

I could say, “I’m sorry. I can’t. Our Book of Discipline says your lifestyle is incompatible with Christian teaching. Your marriage is a sin.”

Another option: “I’m sorry. I can’t. Our Book of Discipline won’t allow me to officiate your wedding. The United Church of Christ pastor down the street might help us out. You don’t know her, but she can do it.”

Or I might say simply, “You know I will. You are one of my people and, more than that, you are one of God’s people. I am honored to be a part of your special day.”

Which response really seems rooted in our mission of making disciples of Jesus Christ for the transformation of the world?

Our tradition teaches us that sometimes we must be willing to push the boundaries of our polity. Because God continues to work with us, just as God did in the book of Acts, to extend grace and love to all of humanity. It was in that early New Testament community of Acts that many argued against expanding the reach of the church to the uncircumcised. But some dared to break the norm and discipline of the early church. And that’s when God affirmed their disobedience as the Spirit descended upon the outsiders, the ones declared unclean by some of the religious. I believe that same Spirit of dissent is still moving today.

So when I now consider a person I’ve watched grow up in the love of the church coming and asking for a blessing as she and her beloved offer themselves in a holy covenant, who am I to prohibit them from the blessing of the church? I cannot. I will not.

And that’s a trial I’m willing to bear.