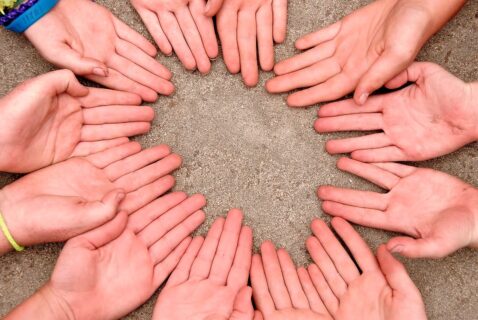 In the first place the people Jesus and the Hebrew writers had in mind when speaking about the job in hand were not the poor, meaning by this those who through no fault of their own find themselves financially strained and at the very bottom of society. They were thinking rather of social failures, those who, often through their own fault, were falling or had fallen out of the net. These people were not situated at the bottom of society, they were outside it altogether having no share whatsoever in civilisation’s common benefits. Civilisation people like you and me have many names for such people. When we manage to control our disgust we label them ‘social failures’ or ‘marginals’. When speaking our minds we call them ‘no-users’, ‘down and outs’ or ‘human trash’. Some people try to pin-point the difference I am driving at here by speaking of the ‘deserving’ and the ‘undeserving’ poor. Using this distinction one would have to say that Jesus and the revolutionary Hebrew writers thought the undeserving poor had a critical role to play if civilisation was to be saved from itself.

​I fancy you may be becoming a bit restless in reading these lines saying to yourself ‘Is this fellow trying to tell me that the Bible is against charity?’ Well, of course, it’s clear that neither Jesus nor the Hebrew writers had anything against charity. In fact Jesus had some interesting things to say about it as for instance not letting your right hand know what your left hand is doing. But when it came to the job in hand Jesus was very insistent that something other than charity was involved. Speaking of the Pharisees, who as far as charitable work is concerned were professionals, he said that unless our righteousness exceeded theirs we had not even begun. So we are not talking either/or’s here but both AND/s.

So what it this AND involving the marginals which makes all the difference? Well it’s all to do with the very unpleasant business of marginals getting into the Kingdom before you and me. You see though we often feel that charitable work and pity for the poor stretches us to our limits it constitutes a relatively easy and comfortable exercise since it only involves our time and spare cash. What Jesus and the Hebrew writers demanded was of a completely different order for it meant recognising that it is we and not the poor who are the problem. For it is our craving for success and the comfort, security and privileges which success brings which makes for a civilisation which dust-bins those who fail. This being the case the correction of this disorder can not possibly come about comfortably or without jeopardising what we now hold. I remember some years ago telling my brother this and him replying quite aghast, ‘The Bible can’t possibly be saying that’ ... but ... unfortunately ... it manifestly does.