A parting of the ways?

As we move away from more orthodox ideas of a paternal, interventionist God, is it inevitable that progressive Christians will set up their own churches? Harry Houldsworth makes a plea for this not to happen. 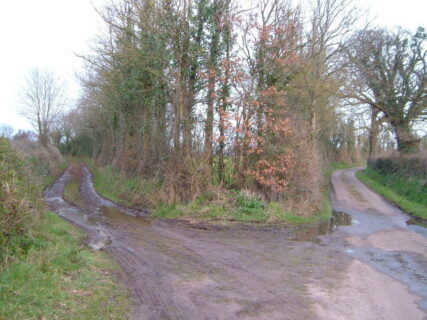 How do you define “God” and does it matter? “Which God?” many progressive Christians may reply. “Do you mean the supernatural, interventionist God? Or do you mean God as the Ground of our Being, as advocated by Tillich and his supporters? Or do you see God simply as Love? Or is it a female or genderless version you want to define?”

The variations are very confusing. And as one lady asked at a recent meeting I attended, “Are we looking [unnecessarily] to produce a new religion?” Or at least a new orthodoxy?

It is at this point that I start to get a nervous twitch and a feeling that some progressive Christians may be losing the plot.

I appreciate that many progressive Christians have had a difficult time attempting to develop a dialogue with the mainstream churches, and that many have had to face decades of abuse and hostility. But, is this not an understandable consequence of many of us attempting to re-write the Bible? Or is it because of a lack of empathy on our part with thousands of ordinary Christians who prefer keeping to a literal interpretation of the Old and New Testaments rather than risk the uncertainties of change? They have no wish to declare theism dead. To them, theism is alive and kicking.

I have some sympathy with the problems of senior members of the clergy who believe they are under an obligation to preach ancient Christian “Truths”. What I have less sympathy with is their unwillingness to acknowledge the difficulties that increasing numbers of Western people have in accepting these Christian “Truths” at face value - the failure of Church leaders to recognise that individual members of church congregations (and members of the clergy) may have considerable reservations about elements of orthodox theology.

And yet, it seems to me that in a truly catholic Church, a literal interpretation of the Bible must be seen as having a place, given the level of support for it. Equally, the Nicene Creed needs to be acknowledged by mainstream churches for what it is: a statement of an official orthodoxy dating from three hundred years after the death of Jesus on the Cross. It too has its limitations and there is a need for continued debate.

In 2016, the Protestant Churches should accept at least that no pope, priest or pastor has a moral right to tell any person exactly what to believe. It is one thing to list the “Truths” that the “Church” accepts; it is quite another for the Church to insist that all members should have exactly the same beliefs. It should be accepted that people believe what they believe, and this may be quite different from what they articulate collectively in a church service.

Speaking personally, I attend many churches as a “plug-in Christian”. Week by week, I listen to preachers who offer advice based upon a literal interpretation of the Bible. This does not worry me. In a church, I expect to hear a traditional account of the life of Jesus. And I respect those who are sincerely content with the traditional approach. I think that this is consistent with living in a multi-cultural age that demands a respect for others who have different beliefs. This respect should extend also to those who voice unorthodox interpretations of the Christian Faith. And in this regard, the clergy should be the first to set an example.

I believe that the home of progressive Christianity is within existing mainstream Christian Churches, not outside of them - even if it takes many more decades to persuade Church leaders to accept that a questioning approach to Christian “Truths” has to be accepted within the Church.

Of course, the parallel to this is that, in the twenty-first century, the mainstream Churches should accept that many church members may see Christian “Truths” as myth, and they may prefer to focus on what Jesus taught about social and personal values and on his promotion of a non-violent gospel of love and responsible citizenship. It may upset some Church leaders that many ordinary members quietly adopt these views, but if the leaders really believe in the validity of a literal interpretation of the Bible, they may rest assured that it may be all part of God’s plan and God will sort it out eventually.

Our priority today shouldn’t be separating progressive Christians from orthodox Christians, or vice versa. We should be concentrate on selling to the wider public the idea that coming to church has life-enhancing benefits.

Many young people today struggle with anxieties, stress and they often feel alone and isolated, even if they are lucky enough to have a worthwhile job, a home and a family. I was saddened the other day when I learned that a very successful engineer (in his prime) had hanged himself. There are millions of others out there with little sense of a real purpose in their lives.

We should be persuading people that going to church, and/or getting involved with house groups, will make them feel part of a community. As part of a church community they are no longer alone; they become aware of their individual and collective identities (and in a full sense, who they are); they join with others, to rehearse positive thoughts about life values and dealing with others. In church, they are comforted, (de-stressed), by the shear enjoyment of collective worship and by singing songs of faith. And it should be understood that, in church, they will have ample opportunity to decide which bits inspire them and which bits are not for them.

This should not surprise anyone. Everybody is a “plug-in Christian” in some way. We all pick and choose which themes we like, which bits we can believe in, and which bits to ignore. And one learns when to articulate personal beliefs; in a church, may not be the best place. This is why house-groups are so important, as are any gatherings where progressive ideas can be explored and be shared.

I believe that progressive Christianity has got to reemphasise its connections with traditional Christianity. So, please, can we have less talk about the interventionist God being dead (along with theism) and much more about Christianity being a broad church with a place for everyone in it?

As long as there are substantial numbers of traditional Christians, theism is not dead, but the assertion (that it is) is likely to be deeply offensive to many people who should be our friends. I can only put in a plea that we need to re-think the focus in progressive Christianity and build bridges, not destroy them.

Parting of the ways image by Derek Harper. (from Wikimedia Commons)