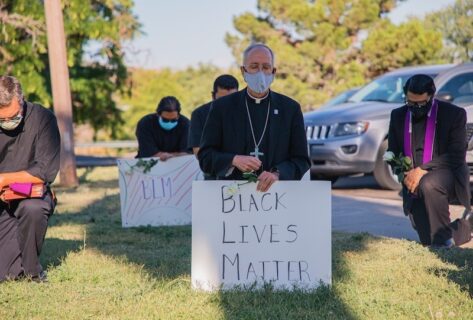 The philosopher Julian Baggini, speaking at our PCN conference in 2019, suggested that the notion of ‘progressive Christianity’ should be considered tautologous. How could an advocate of Christianity, a follower of Jesus Christ, not be considered to be progressive, if by that term we mean the advancement of humankind be it in social, economic, health and welfare terms? It should be a no-brainer that Christians seek to work for a world in which each human being is as valued, loved, respected as every other. A world of equal opportunities, equal possibilities. The reason why PCN exists is that the term ‘progressive Christianity’ should, yes, be tautologous but might at times seem more like an oxymoron, which is possibly the view of many philosophers, sceptics and many sections of society. For it is doubtlessly true that over the two thousand years of Christian history, much has been done and said by the Church which diminishes rather than advances the lives of human beings. As the life and teachings of the carpenter from Galilee became subsumed under the weight of the teachings of the established church, it became more questionable whether the church and its professed Christianity was a force for good or ill. The ledger book shows in the credit column the heroic deeds of goodness done in the name of Jesus Christ – the building of hospitals and schools, hospices and orphanages right up to today’s contributions to international development and poverty relief. Yet the debit column reveals how in centuries past the Church has so often allied itself to the cultural mores of the day, finding within the pages of scripture a contorted justification of slavery, of bigotry towards people whose sexuality is different from the ‘norm’, an indifference to the inequalities in wealth. The ‘other’, be it the Moslem or Jew, the homosexual, the divorcee, the illegitimate child, was considered to have, at best, fallen short of the glory of God, at worst to be worthy of persecution. The unequal effects of the coronavirus on BAME people and communities and the continued violence by police authorities against black people, highlighted in the brutal killing of George Floyd, have resulted in a real ‘Kairos’ moment as societies across the world are forced to reflect upon the effects of racial discrimination. Black Lives Matter, all human life matters, whether that conviction comes from a belief in a loving creator God or the deepest instincts of humanism. Over forty years ago, I was ordained as a priest by Bishop David Sheppard of Liverpool. I recall that the Bishop travelled to London to give one of the Richard Dimbleby TV lectures on the challenges faced by people living in the cities of our country. Staying overnight in his London hotel, the Bishop realised that he had forgotten to bring a pair of black shoes to accompany his changing into a suit for the lecture. The hotel obliged by lending him some shoes. The Bishop recalled how strange it felt to be standing in someone else’s shoes and he used that simple experience to reflect on how we all need to metaphorically stand in the shoes of those different from ourselves. We need to try and stand in the shoes of a young black teenager growing up on a deprived housing estate or in the shoes of an asylum seeker newly arrived on a flimsy boat fleeing from a war-torn country. Progressive Christians, in their different ways, might agree that ‘God’ in Jesus of Nazareth stood in the shoes of humanity. ‘Love Came Down at Christmas’ wrote the poet Christina Rosetti. ‘Finding Glory in the Grey’ wrote George MacLeod. The spectrum of belief and convictions which are shared by progressive Christians all have a commonality that each human life matters, that life is sacred, that through love, compassion and understanding, we might really stand in each other’s shoes. All major religions have this Golden Rule of Doing unto others as we would have others do unto us. At this unprecedented time of a global pandemic and international concern about racial discrimination and its effects, progressive Christians might care to recall some of the convictions which we hold: - that we need to read and use our foundational scriptures in an honest and intelligent way so that we never misuse the Bible to coerce and oppress others - that in Jesus we see the face of deep compassion and love for all those whom we meet, no matter how different they may be in class, gender, race and language - that the macro story in the Bible is about God’s Dream for God’s World, a world of justice and right dealings, a world of Peace and Equity, where all may flourish - and therefore that we show the same passions for the Dream of God to come about, that is ‘God’s kingdom to come’ as Jesus showed Convictions must lead to actions at every level- local, national and global. Churches, mosques, gudwaras, synagogues can all play their part, alongside secular organisations in working for communities free from racial discrimination. My own Church of England has badly failed to appoint enough senior clergy from BAME minorities. At the moment a great deal of anger is focussed on those statues of (mostly) men who have been complicit in different ways in the oppression of others. Yet the most common statue and representation in all forms of art throughout the world is surely that of Jesus and his Cross. This reminds us of a Love so deep which can overcome evil and suffering, a Love which can unite us all in the one human family. Adrian Alker, Chair, PCN Britain