says George Elerick, who will be speaking at a PCN conference in November. He believes that exhortations to be Christ-like are symptomatic of a misanthropic and manipulating attitude towards humanity. 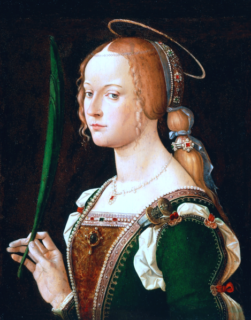 “Christ-like” sounds like a holier than thou bumper sticker that should never be found on any vehicle. What does this phrase invoke? Ideologically speaking, I mean. Well, prior to someone being this ethereal 'Christ-like' agent, they are, in a sense, nothing. Nothing without Christ. Yet. Christ separates himself from his followers many times. At one point, he even claims that their potential will exceed his own. That there is no template. Hence, why when he leaves, Christ doesn't leave them a Bible. Or any book of instruction after that.

The desire for a tool of measurement is nothing different than someone using some form of restrictive measuring to dictate whether someone is being ethical, unethical or otherwise not normal. If nothing else, this phrase demonstrates to us an epidemic much larger than the eventual demise of Christendom, that of the culturalisation of normality. I speak internationally, and it’s uncanny how pervasively obscene this phrase is and has become, even in other languages. As if to imply that there is some mysterious rule book in the sky that all Jesus followers have to live by. Simplified, it’s just a tool for ideological power and behaviour modification. Honestly, it's sickening how used and abused in and out of the media this phrase is. As if this measuring rod is meant to be used toward those outside of the fold. And we wonder why so many people don’t want to associate themselves with Christianity?

The same implication applies to those inside of it, it's not a spiritually laden phrase whereby if you follow some heavenly model then all will be well and life will be beautiful every second of every day. I am with my friend Pete Rollins, life isn't easy, life isn't promised, but we fight nonetheless. A French philosopher, Jean Baudrillard once referred to ethics (in his critique he was speaking about protestant ethics) as evil. He also claimed that images were evil. So, if we take him literally, this phrase, 'Christ-like' is one of the most evil forms of ubiquitous phraseology out there? Why? Because it creates an image that supersedes the ontology of being. It's something we have to step into, outside of ourselves, to become. It's something we lack, that we have to depend upon, like a visceral addiction. The image is the promise of fulfilment, that's the main problem here, because it claims without verbally stating a presumption that if we all follow this magical template, then all will be well.

Then heaven and hell will be real, even though they're not. It's quite an offensive statement if you think about it. It says basically, we're incapable of being all the things that Christ stood for. So, in reality, this form of Christian hermeneutic has an immensely low view of humanity. This does not seem congruent with any of the actions or words of the desert radical I read about. I see him lifting women telling them they have more potential inside of them then they have been told. I see him interacting with homosexual house assistants, treating them as equals. I also see him speaking truth to power, whether Jewish or otherwise. He was a rebel. But not one who came to establish a religion or a cult following, but someone who lived out who he was, without a template.

Sure, he believed in God, but he did not teach others how to believe. He, through the system, showed the cracks and breaks in the system. Through what Baudrillard refers to as implosion. So many fellow anarchists think the way to break the system is from without. We're better off creating new systems through this one. Christ was against normalization of ideas. But, this article is not an argument of how I think you should follow Christ, it's simply my interpretation to demonstrate the apparent difference in how one person reads something and gets something else entirely different. I wanted to write this short article in easy speak, because this desire for some template is what went wrong with communism. Leaders thought it meant some totalitarian regime where all are required and mandated to be a certain way, live a certain way, believe certain things. No, Constantine tried that, and we know what happened there. For me, Christianity is synonymous with communism. I don't see the difference, except that I don't interpret Christianity as a metaphysical religion. The powerful kernel hiding within Christianity is what happens to God in the incarnation. For me, it’s not that God becomes human, but it’s a moment of confession, salvation, and revelation that anything metaphysical ever existed. The incarnation is God’s “Oh?!” moment.

The whole idea behind the phraseology “Christ-like” is quite misanthropic and destroys liberty. Misanthropic? Why, you ask? Because it holds that without this predetermined guide we aren’t worth really much at all. In the hope for some magical formulaic pattern hides the very sinister ideology it disavows. We tend to always hear how if you follow this special list of deeds, or responses or benevolent acts that it will make you more like Christ, as if to imply that if you put on the magic Christ-like cloak that somehow you will be more ethical, more spiritual and so on. The opposite is just as true, that patterns upset liberty. Hence, why it’s only a power statement. So, how can we speak truth to power in this context? Well, we don’t use these terms, we don't allow their use. We seek different ways to be. Notice, I used the word 'ways'; there isn't a template here. But there is a desire for human liberation from these sordid god-awful templates. We have to see that the incarnation was about God realizing that metaphysics doesn't exist. Like I said earlier, the incarnation was about God's salvation, not ours. That the enacting of God is what we do when we interact with one another in ego-killing love. This belief isn’t new, it’s one of the meaning of the Ruach Hakodesh (The Holy Spirit) in the ancient world. That when we cooperatively work together in some form of unity (templates give the illusion of this – but it’s really just homogeneity coupled with intellectual habit) we invoke God. God isn't some mysterious big other holding the strings...but the ousis (substance) that binds all of reality together. Liberation from rules, ethics and templates is one way we can all embrace this new found freedom. To fight against the drive toward this is one way we can make the world a better place to be for all of us.

George Elerick will be appearing at the Godly Mayhem conference hosted by PCN Britain and the Student Christian Movement at the Hayes, Swanwick, from in November 14th – 16th.