Aquinas & King on Community and the Common Good

a meditation by Matthew Fox 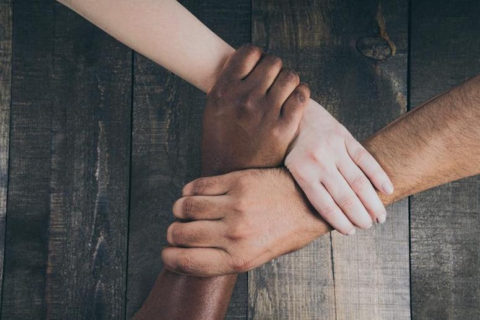 Dr. King urges us to create the beloved community. Community means the common good. The age of individualism is over (the modern age); Good things were accomplished, for example, that individual rights are precious and important. But now the age of community—the beloved community and the human and eco community—is upon us. The key to it is: The Common Good. Notice there are two words here: First, “Good” or “Goodness.” (The theological word for goodness is blessing). Aquinas speaks often not only of “the common good” but also of what he calls “original goodness.” My term “original blessing” is identical but two corrupt papacies condemned that understanding even though it is laid out for all to see in Genesis One where creation is celebrated as “good” and even “very good.” Much of modern religion however is so narcissistic that it begins with Genesis Two which is about humans at sin, thus leaping over the goodness of creation (13.8 billion years of goodness unfolding) to focus exclusively on the human. Goodness, taking it in, being filled with it, is integral to the Via Positiva. “Taste and see that God is good,” says the psalmist. We deepen our awareness of goodness through practices of silence and also through experiences of pain, suffering and loss (Via Negativa). Birthing goodness in ourselves and our work, our choices and character building including, virtues is what we do in the Via Creativa. Through our creativity we give goodness back, blessing for blessing. In the Via Transformativa we stand up to injustice which represses goodness and we work to protect the goodness of ourselves, others and the rest of creation. The protection of goodness is, in Aquinas’s view, the very meaning of “salvation” which he also calls “liberation.” Thus we see that the good is the key to the spiritual journey for Aquinas. It is also central to the Four Paths of Creation Spirituality which name our deep spiritual journeys. The second word in the term “common good” is the word common. What we all have in common—we and the Earth and its amazing gifts and beauty from oceans to lakes, river to forests, elephants to polar bears, flowers and grasses, birds and fishes. The air we breathe, the ozone that protects us from harmful sun rays and so much else. Interdependence lies at the heart of the common good. As King put it, “Injustice anywhere is a threat to justice everywhere. We are caught in an inescapable network of mutuality, tied in single garment of destiny. Whatever affects one directly, affects all indirectly.”* Aquinas too often invokes the theme of interdependence and even the “friendship” of all beings toward one another and toward God. dailymeditationswithmatthewfox.org