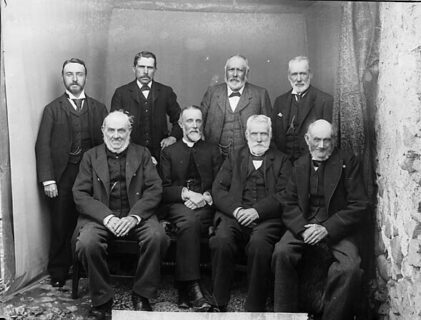 This summer, my 14-year-old daughter went to New Day, an annual Christian festival for young people which takes place in Norfolk. At the first session she took out a piece of paper and divided it in two. At the top of one column she wrote ‘Women’, at the top of the other she wrote ‘Men’. As a man took to the stage she put a mark in the ‘Men’ column.

Her friends were nonplussed, they had no idea what she was trying to do. However, by the end of the week with 16 marks in the ‘Men’ column and a single mark in the ‘Women’ column, her peers could see the point, and why the tally was important. My daughter’s impromptu survey is borne out by Project 3:28, a group which ‘exists to see the UK church embrace gender justice’. They publish an annual survey of speakers at the UK’s big festivals. Since 2014 New Day has had one of the most male dominated line ups in the country.

New Day is organised by a group of churches which subscribe to complementarian theology. This is its point of difference from Soul Survivor, its better-known competitor, which explicitly endorses egalitarianism. Complementarianism is a significant trend in British church life, and has been since the doctrine was launched in the late 1980s. It was foundational to New Frontiers International and its successor movements. It also has adherents in Baptist Churches, within the Anglican Communion, and is championed by Greg Haslam, who has the influential position of pastor of Westminster Chapel.

When asked what complementarianism means, leaders of complementarian churches will tend to say that they believe women can do anything in church and family life, lead worship, preach, serve as a trustee, anything except Eldership in the Church, and ‘headship’ in the home - in these two areas, they say, women should play a subordinate role. In practice, however, and New Day demonstrates this perfectly, in complementarian churches preaching tends to be reserved for men.

During a Q&A, towards the end of the week, my daughter asked ‘Why are there no women speakers at New Day?’ In response, she was told that it was ‘God’s grace on women that they are not burdened with Eldership.’ Careful readers will have spotted that this ‘answer’ doesn’t address her question. Nonetheless, there is an answer, an answer which becomes clear when you take complementarian theology to pieces and analyse its founding assumptions. The recent US debate over ‘masculine worship’ is a good way in to complementarian theology. American complementarians are far less squeamish about their gender theology than their British counterparts, and therefore the debate over the gendering of worship exposes many of the assumptions that are central to complementarian ideas about femininity and masculinity.

The ‘masculine worship’ vogue is a relatively recent phenomenon. It kicked off in the US at the end of the 90s and quickly migrated to Britain. The ostensible reason for gendering worship was the debate around the ‘feminization’ of the church, initiated by Leon J. Podles’ The Church Impotent: The Feminization of Christianity (1999). Podles’ essential idea was that men ‘of pronounced or even normal masculinity’ were rejecting a church that had become dominated by a female model of piety. Podles’ thesis proved influential, and was popularised in books such as John Eldredge’s Wild at Heart (2001) and David Murrow’s Why Men Hate Going to Church (2005).

Worship was central to the feminization thesis. Murrow famously argued the stress on emotional intimacy in many modern worship songs was simply alien to men:

Think of the mental gymnastics that must take place inside a man’s subconscious mind as he sings lyrics like these. He’s trying to express his love to Jesus, a man who lives today, using words no man would dare say to another, set to music that sounds like the love songs his wife listens to in the car.

Complementarianism, which posits that ‘manhood’ and ‘womanhood’ are distinct and foundational to personhood, proved fertile ground for sweeping and highly dubious generalisations about gender and worship.

Women (quite naturally) and effeminate men (quite unnaturally) take delight in relationships more than truth. . . . Godly men, however, delight first in objective principles that are bigger than and outside themselves.

Killingsworth’s position indicates that women are naturally heterodox, while men are naturally orthodox. From this stand point, Killingsworth argues that ‘masculine worship’ songs should focus on objective truth rather than feelings or relationships. However, Killingsworth, a worship pastor at Clearnote Church Bloomington, also claims that keys, chords and musical styles can be gendered. Killingsworth states that men can be encouraged to worship by playing songs in C major, ‘the epitome of joy as far as keys are concerned.’ Equally, ‘masculine worship’ should make men ‘tremble and feel threatened’ noting that ‘threatening is what heavy distortion and D minor do[es] well, of course.’ Killingsworth, like other complementarians, suggests that ‘masculine worship’ is equally accessible to women. Men, he says, flourish by singing ‘non-lovey-dovey’ songs full of truth, and women flourish when they see the men who lead them engaged in worship.

Other church leaders were also concerned about the content of songs. Steve Craig, the Director of Men’s Ministry at Yorba Linda Friend Church, advocated replacing ‘flowery songs . . . with the warrior-type lyrics and more masculine things that men identify with.’ Similarly, Wilson offered theological advice on musical style. Pop music, he argued, was nothing less than a ‘full-scale revolt against cultural masculinity’, Céline Dion’s music being a particularly egregious affront to manliness. Killingsworth, for his part, advocated the masculine qualities of Johnny Cash’s songs.

The theology of ‘masculine worship’ was accompanied by practical changes which enforced the new worship ideal. In some churches, male Elders required female worship leaders to select songs from an approved list, to ensure lyrics were sufficiently manly. In other churches male ‘hosts’ or ‘anchors’ were introduced to oversee female worship leaders. Sermons excoriated ‘Jesus is my boyfriend’ style songs. These trends were taken up quickly in the UK.

So how does the vogue for ‘masculine worship’ explain why complementarianism allows women considerable freedom in theory, but not in practice? The first thing to recognise is that the ‘masculine worship’ debate was based on the idea that femininity was detrimental to corporate Christianity. Indeed, the assault on femininity went way beyond worship. At the height of the trend, opponents of feminized Christianity offered advice on everything from musical style to interior design. For Mark Driscoll, colour schemes were also an issue:

The problem in the church today, it’s just a bunch of nice, tender, chickified church boys. Sixty percent of Christians are chicks, and the forty percent that are dudes are still, sort of, chicks. I mean it's just sad, when you walk in, it’s seafoam green, and fuchsia, and lemon yellow . . . the whole aesthetic is real feminine, the music’s kind of emotional and feminine.

Second, the suspicion of femininity reflected the logic of the complementarian position. Complementarians believe that women and men are fundamentally different, and that men alone can provide headship in the home and Eldership in the Church. This, necessarily entails the belief that manhood (the characteristics that distinguish men from women) is appropriate to the leadership of successful churches and healthy families, whereas womanhood (the characteristics which are unique to women) are necessarily antithetical to successful church leadership and healthy homes. From this point of view it is clear that the reluctance of complementarian leaders to allow women to speak or lead worship, along with their suspicion of public displays of ‘femininity’, is not merely a strange theological quirk, it is rooted in the central logic of their theology. Indeed, in essence, complementarianism should be understood as an attempt to recast stereotypical hetero-masculinity as normative, and to characterise femininity as a threat to sound doctrine, injurious to the wellbeing of men, and a threat to the future of the church. In this sense, complementarianism does not merely lead to the marginalization of female worship leaders and preachers, it seeks to exclude femininity from the corporate life of the church.

It goes without saying that the whole discourse of gendered worship was nonsensical. The Bible contains no support for the claim that seafoam green is an inherently feminine colour. Nor does it suggest that God decrees that women privilege relationships over truth, or that God created men to feel awkward expressing emotions. These ideas owe nothing to the Bible and everything to the crudest pop psychology.

Sadly, many UK leaders began to think in these terms, and many British churches have gone down the road of approved song lists, male hosts ‘overseeing’ female worship leaders, or insisting that lyrics must focus on ‘truth’, rather than our relationship with God. Indeed, Joel Virgo, one of the leading figures at New Day, was one of the UK’s most vocal advocates of Driscoll’s brand of ultimate-fighting-complementarianism, until Driscoll’s spectacular fall in 2014. This fact too might help answer my daughter’s question. Soon after my daughter returned from New Day, she e-mailed the organisers, repeating her question. She sent the e-mail in August, and has yet to receive a response.

In our Talks and Articles section in Resources we have published a longer article on the subject by Dr Bunce entitled, Rethinking Complementarianism after 30 years

Robin is a historian. He writes on politics and contemporary culture for the Huffington Post and the New Statesman.