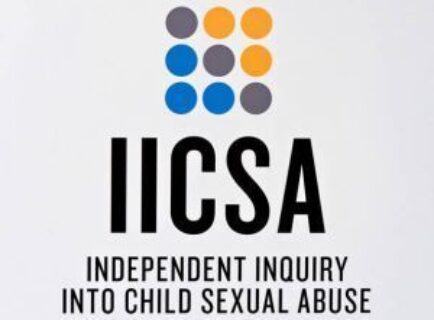 In recent years few organisations, secular or religious, have escaped public awareness and media scrutiny in regard to the scandal of sexual abuse perpetrated by their members. The disclosure of abuse in children’s homes, in local authority care, in churches of all denominations across the globe, has brought shame on so many public bodies and institutions. Men and women, abused over many years of childhood, have been brave enough to come forward to tell their harrowing stories.

The Independent Inquiry into Child Sex Abuse (IICSA) has turned its attention in recent weeks to the Church of England, with the Archbishop of Canterbury, Justin Welby, stating to the inquiry that he is ‘ashamed of the Church’. What light is shed upon the Church of England by the many allegations and proven cases of child sex abuse? What does this inquiry and the many statements made, say of the deficiencies and deplorable mismanagement practices of the church? For our colleagues in Modern Church, Martyn Percy, Dean of Christ Church Oxford, has written a strong and compelling article about the Church of England in the wake of the Inquiry and is well worth reading. (http://modernchurch.org.uk/downloads/send/32-articles/895-cricket-elephants-armies-other-analogies-the-church-of-england-after-iicsa).

From the point of view of progressive Christianity might I reflect a little further about the established institution of the Church of England, from the perspective of one who has served that church for nearly forty years? In so doing, I invite further comments on this painful subject from other PCN members.

Firstly it should be self-evident that any Christian church or organisation in which child sex abuse has taken place is guilty of a grave sin and hypocrisy when we say we seek to be guided by the life and teachings of Jesus (point one of our eight points). Stronger still is the shared recognition that we, as Christians, are to lead lives of compassion and to confront evil (point three) and that the way we behave towards others is the fullest expression of our faith (point six).

Secondly, although our eight points do not explicitly refer to churches, any ecclesiology rooted in the kind of progressive thought and action exemplified in those eight points, would lead us to expect a church and its clergy and laity to shape the organisation to reflect such values and principles. But when we look in particular at the Church of England we see attitudes and practices which militate against the God-filled life of the One whom we profess to serve. This is what Percy goes on to examine.

At the root of so many of the horrendous consequences associated with abuse is that of power and authority as seen in the church. Despite twentieth century reforms which have brought in synodical government and greater lay participation, the Church of England is still hugely hierarchical with bishops and clergy placed on pedestals by doting congregations, with each bishop a power in his (or now her) particular diocese. This has been revealed in places like the Diocese of Chichester where a former bishop and dean destroyed files, ignored safeguarding concerns and allowed abuse to take place by their inactions.

Chichester diocese is not exceptional. My experience of working in four different northern dioceses from 1979 onwards confirmed for me that I, as a priest, had enormous influence through a ‘status of office’. As one ‘moved up the clerical ladder’, so status and power increased as in most organisations – highly questionable in a church professing to serve the ‘servant King’. In my last role in a kind of middle management job as a Director of Resources, I saw more closely how the ‘senior staff’ exercised a huge amount of power, often ignoring the advice and expertise of others around them. Why should a bishop chair a Board of Finance? What qualifications does he/she bring when others on that board are more competent? Why does an archdeacon conduct interviews for new clergy and ignore personnel advice or even flout proper equality legislation when asking questions? What makes a dean of a cathedral think that he has the best knowledge of architectural and building matters? Why does a bishop seek to rewrite a booklet on confirmation, simply because he disagrees with the theology of his education adviser? All these are examples of the ‘princely’ power of the episcopate.

Many bishops and clergy like to think they always know best. There is a huge amount of patronisation goes on at all levels in the church and sadly many lay folk love the trappings of office which a bishop brings to their church when, like any ‘state visit’ the bishop comes to confirm or institute a new vicar. This is the culture which shapes the framework of the church, which leads to wrong decision-making in cases of abuse, which seeks to deflect, to hide, to cover up.

Beyond the immediate scandal of child sex abuse, the Church of England needs to radically reform. Its pomp and circumstance, its hierarchical structures and its enfeeblement of congregations by a patronising clericalism must change. The late and much missed hymn writer Fred Kaan summed it up in his wonderful hymn, Round Tabled Church, which I quote in my book ‘Is A Radical Church Possible?’:

The church is like a table, a table that is round. It has no sides or corners, no first or last, no honours; here people are in one-ness and love together bound.

The church is like a table set in an open house; no protocol for seating, a symbol of inviting, of sharing, drinking, eating; an end to 'them' and 'us'.