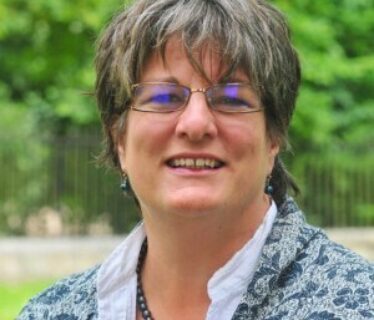 These are interesting times in the Church of England over its never-ending agonizing about same sex marriage...

December saw the launch of the Ozanne Foundation, dedicated to working with religious organisations around the world (nothing like ambition!) to eliminate discrimination based on sexuality or gender. Jayne Ozanne, pictured, is a well known gay evangelical, a member of the General Synod of the C of E and a tireless campaigner for equality for LGBTI Christians in the church. She has managed to get on board, as Chair of her trustees, the Bishop of Liverpool, Paul Bayes, alongside other trustees such as Steve Chalke and Martyn Percy.

PCN is encouraged by such an initiative, especially by those who hold an evangelical faith. Presumably this means that these evangelicals will take a more progressive view of scripture and how we interpret those texts which have been so damning of homosexual relationships? Will these same evangelicals then be led to a wider view and a greater honesty about the claims of orthodox Christianity and what Scripture says and doesn’t say about so many of those creedal statements? We shall see!

The Ozanne Foundation is only the latest player on the block when it comes to promoting a more inclusive Church. Inclusive Church has a proud history of such work and we congratulate Bob Callaghan on all his endeavours as he retires to hand over the National Coordinator role to Ruth Wilde. Meanwhile One Body One Faith (formerly LGCM) continues the work it has been doing since 1976, now under its Chief Executive Tracey Byrne.

All these organisations naturally have the support of PCN Britain as together we work for all churches, including the national Church in England not only to allow but to rejoice with same gender couples who seek to be married in church. The Episcopal Church in Scotland has recently made such a decision but in England we have an Archbishop of Canterbury, who, when asked in an interview by Alistair Campbell for GQ whether gay sex was sinful said, “I can’t give a straight answer. Sorry I should have thought that one through”.

At this point in time the Bishops of the C of E are preparing a ‘teaching document’ on same sex relationships and marriage, as if we needed to learn more! Some dioceses like Hereford are getting impatient and suggesting that the Church should at least prepare services to bless same sex couples married in a civil ceremony.

Surely the time is now long overdue for the Church of England to regain touch with the people of this country and open its church doors to same sex couples wishing to marry?

Finally here is a poem by the Poet Laureate, Carol Ann Duffy

This writer is gay

And the priest, in the old love of his church,

The farmer is gay, bailing the gold hay

Out in the fields,

And the teacher, cycling to school each day.

The politician is gay,

Though he fears to say,

Knotting his tongue, his tie;

And the doctor is gay,

Taking your human pulse in her calm way.

The scientist is gay,

Folding the origami of DNA,

And the judge, in his grey wig, is gay.

The actress is gay,

Spotlit in the smash-hit play;

The butcher, the baker, the candlestickmaker,

Our children, are gay.

And God is gay.