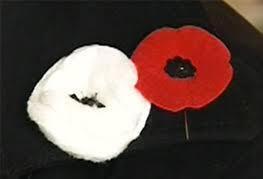 Remembering the fallen, working for peace

John Bell's hymn "If the war goes on"

John Bell's hymn " if the war goes on " sung to the tune The Road to Basra gives pause for deep thought this Remembrance Sunday as we reflect with thankfulness for all those who have served to preserve freedom but with deep concern over our arms sales furthering needless destruction across the world. 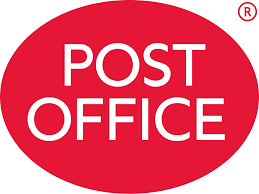 Business plan for the CofE???

In May of this year Martyn Percy, Dean of Christchurch, Oxford, as the "Thy Kingdom Come" prayer campaign got under way, challenged the Church of England's way of mission.

Looking back over the blogs on the PCN website I was struck again by the item of May this year by Martyn Percy, Dean of Christchurch, Oxford. Martyn’s focus at the time was a challenge to the whole "Thy Kingdom Come" prayer campaign getting under way. A campaign that had come to symbolise, for many of us, the wrongheaded attempt to rebrand the Church of England. The Church, I believe, is becoming more managerial in the worst possible way and aggressive PR is part of the package. As Martyn wrote ‘It is like a business doing even more hard selling, with increasing desperation, but unwilling to ask the consumers why they aren’t buying.’ 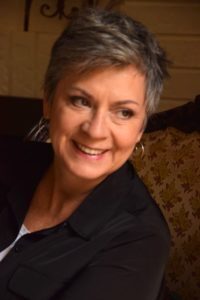 Why won’t intelligent clergy step up to the pulpit and tell the truth?

Change is all there is Evolutionary Theology 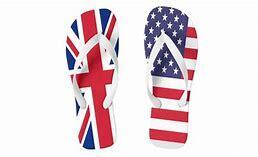 Progressive voices from the USA worth hearing -

This website will carry news from across the water in order to give some insight into currents of thought in the progressive Christianity in North America. There is a ferment of ideas which can only be beneficial to us over here as well as to the folk over there. Those progressive voices are across Reformed and Catholic faith groups. . 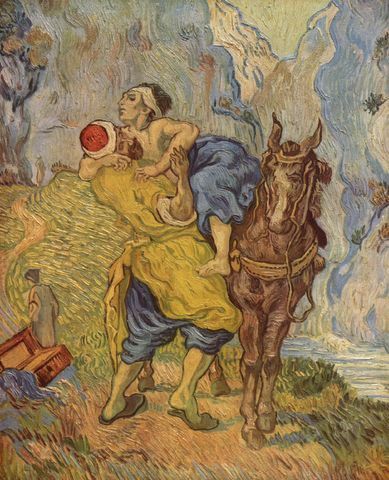 The Kingdom of Shared Humanity

Howard Grace, a member of PCN Britain, seeks a universal approach which could unite people of all religions and world views without trying to make them all the same

My Palestinian friend, Imad Karam, says that a primary problem in his part of the world is that Palestinians and Israelis are both trapped in their own narratives. I’m sure that this entrapment is true for so many situations, whether with international conflicts, religious affiliations, husband/wife clashes or even football team allegiances which sometimes turn to crowd violence. Is there a universal vision which we humans, with our many different cultures and beliefs, can all buy into? And what are the implications for followers of Jesus? 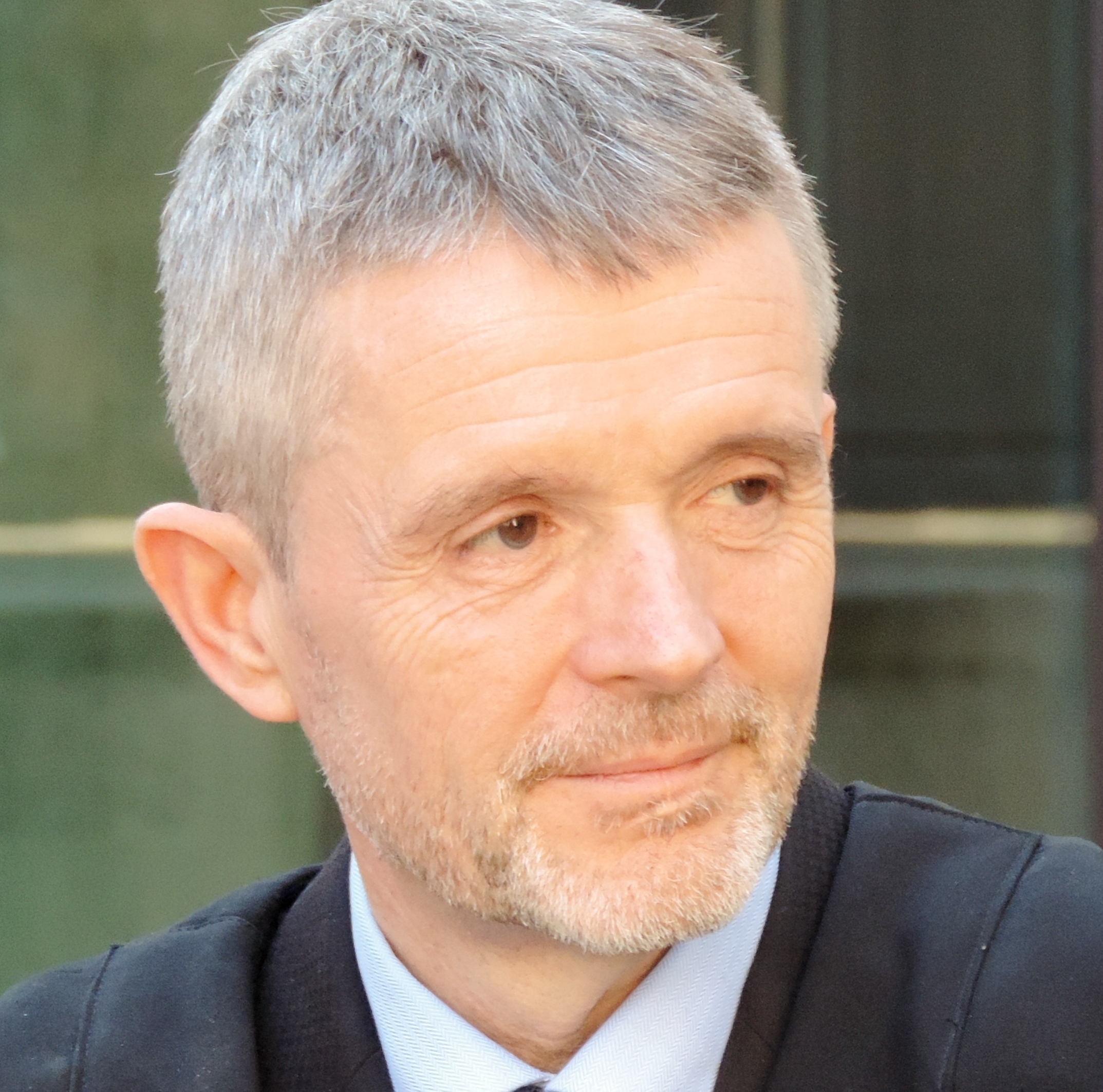 Whose kingdom are we building?

As this year's "Thy Kingdom Come" global prayer campaign gets under way, Martyn Percy challenges the Church of England whose archbishops came up with the idea

Starting today, the Church of England joins other Christian communities in ten days of prayer ‘for more people to come to know Jesus Christ’, In his essay, Martyn Percy calls on the Church of England to reflect on what kind of kingdom it is building, as its focus on charismatic evangelism over the last thirty years risks achieving little and alienating many. This is a synopsis of his essay which you can read in full here 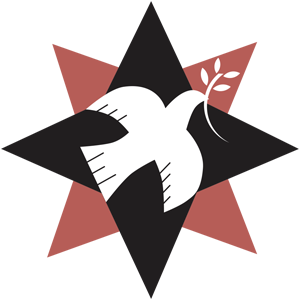 A Journey from Believing to Beloving

Trevor Dorey was ordained in the Church of England nearly thirty years ago, at the age of sixty. In this article he attempts to shed light on the way-marks of his spiritual journey which have taken him more recently towards the Religious Society of Friends, (Quakers).

The Spiritual Journey is a restlessness of the heart, a solitary search for the roots of our identity, for the Ultimate Reality that gives meaning to all things including our own self. 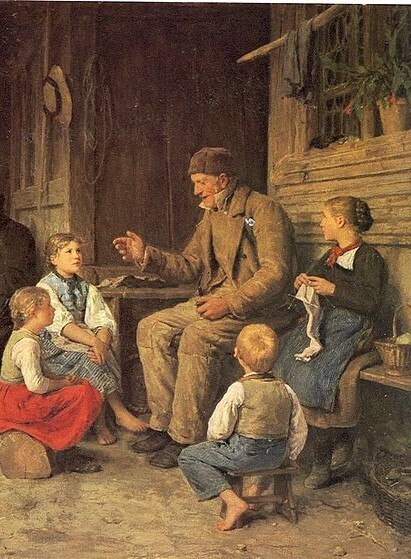 I have just finished reading two books, both of which challenge existing norms and dogmas, one around politics and the other concerning religion. 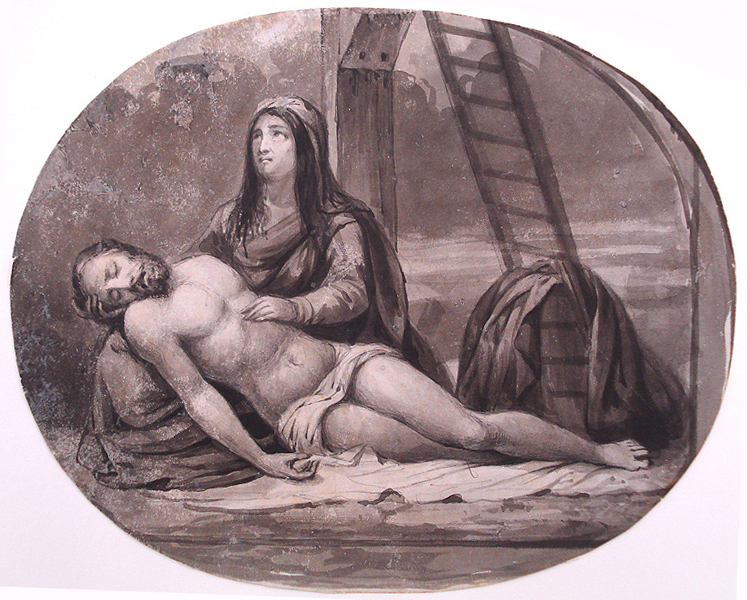 Eric Alexander of Progressing Spirit argues that Good Friday can be recognised as 'good' by all Christians, from the most progressive to the most traditional.

Easter week can elicit many questions. Did Jesus physically rise in a miraculous resuscitation on the third day after his death? Was the holy temple curtain torn in two from top to bottom at the moment of his death? (Mt 27:51) 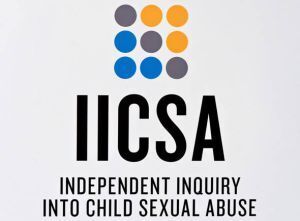 In recent years few organisations, secular or religious, have escaped public awareness and media scrutiny in regard to the scandal of sexual abuse perpetrated by their members. The disclosure of abuse in children’s homes, in local authority care, in churches of all denominations across the globe, has brought shame on so many public bodies and institutions. Men and women, abused over many years of childhood, have been brave enough to come forward to tell their harrowing stories. 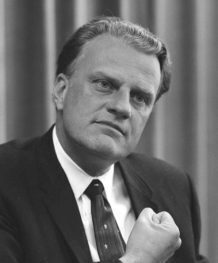 What Do Progressive Christians Think of Billy Graham?

Overall I’m sure Billy Graham was probably a decent and caring person with genuine motives to help the world. But in many ways I think Billy Graham was one of the worst things to happen to Christianity over the past few decades. 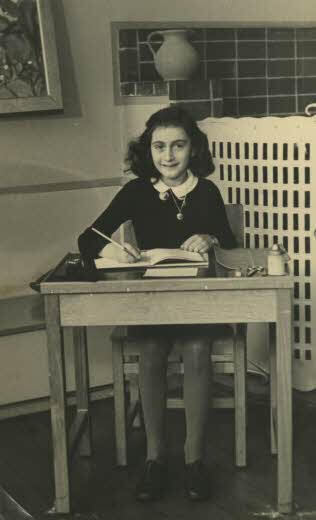 I was recently at a church event where the speaker described the work of his organisation to evangelise and convert Jews to Christianity. His approach seemed to me to be very contentious. 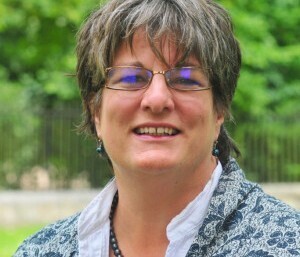 These are interesting times in the Church of England over its never-ending agonizing about same sex marriage... 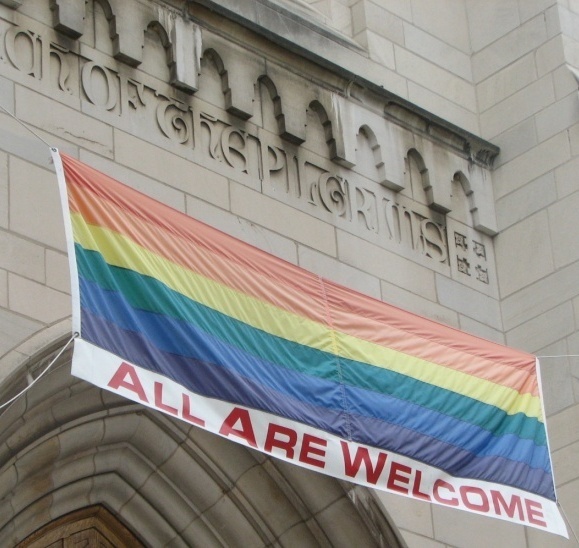 The United Kingdom has become a remarkably more tolerant and inclusive nation in matters of its citizens’ sexual orientation than we might have envisaged twenty years ago. A Tory government introduced changes in the marriage act to allow same sex marriage. The support of LGBTQ people and the fight against discrimination can be seen throughout the mainstream media, in employment legislation, in greater sensitivity in schools, at FA football grounds and other sporting venues... 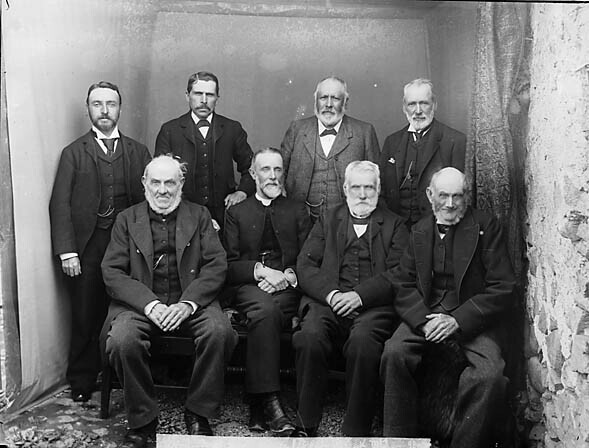 This summer, my 14-year-old daughter went to New Day, an annual Christian festival for young people which takes place in Norfolk. At the first session she took out a piece of paper and divided it in two. At the top of one column she wrote ‘Women’, at the top of the other she wrote ‘Men’. As a man took to the stage she put a mark in the ‘Men’ column.

Becoming a Community of Communities

Alan Race has more experience than most of inter faith dialogue. Here he outlines the right approach to dialogue and the potential dividend for both ourselves and our society.

Interfaith Week (12th - 19th Nov) presents opportunities of many kinds for individuals and communities to work together for the common good, for shared understanding and for overcoming the fears associated with being different. 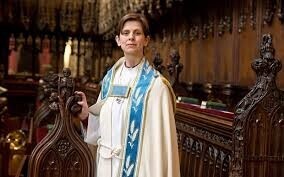 The Church of England continues to agonise over the decision of its General Synod to admit women into the episcopate. 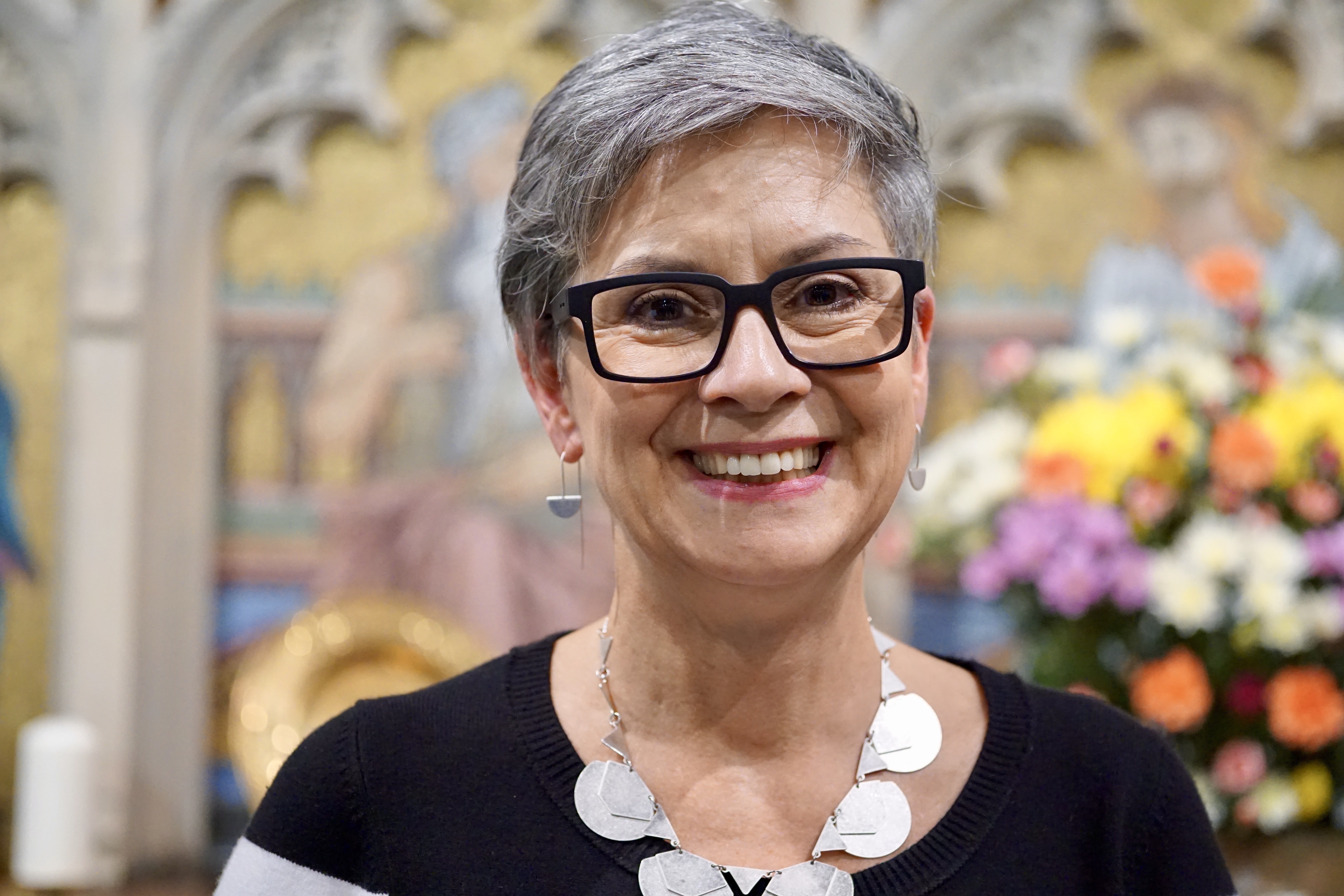 Creating a world beyond the beliefs that divide

Gretta Vosper has been in the UK making a case that theistic language has become a stumbling block to the most important aim of Christianity.

Gretta Vosper led two weekend conferences in England this month, one in Leeds facilitated by PCN Britain and one in Birmingham, run by Carrs Lane Church. Andy Vivian attended the Birmingham event and writes about some of the insights from the conference that have stuck with him.